The State Enterprise "Ukrainian Intellectual Property Institute" (Ukrpatent) received another letter of support from the State Intellectual Property Office of the Republic of Croatia. To the words of solidarity with the people of Ukraine, the Croatian Office added a unique and rare postage stamp issued by the Croatian Post as one of the symbols of friendship between Croatia and Ukraine and mutual support of comprehensive efforts to achieve peace in Ukraine, return of the displaced and refugees, normalize life in our country.

The stamp with a circulation of 30,000 copies, created by designer Alenka Lalić from Zagreb and photographer Darko Kešnjer from Vukovar, features an image of a rapeseed field and a blue sky as a symbol of the Ukrainian flag. The booklet to the stamp states that Ukraine and Croatia were among the first to recognize each other's independence in 1991; February 18, 2022 marked the 30th anniversary of the beginning of diplomatic relations between friendly countries. On February 24, 2022, the Republic of Croatia strongly condemned the beginning of unprovoked aggression against Ukraine, and on February 25, 2022, the Croatian Parliament adopted the relevant Declaration on Ukraine.

As mentioned earlier, in March 2022 Ukrpatent received a letter from the State Intellectual Property Office of the Republic of Croatia and its staff, expressing support, sympathy, and solidarity to the staff of the Ukrainian Intellectual Property Institute, the Government, and the people of Ukraine, offering cooperation and support on any issues. 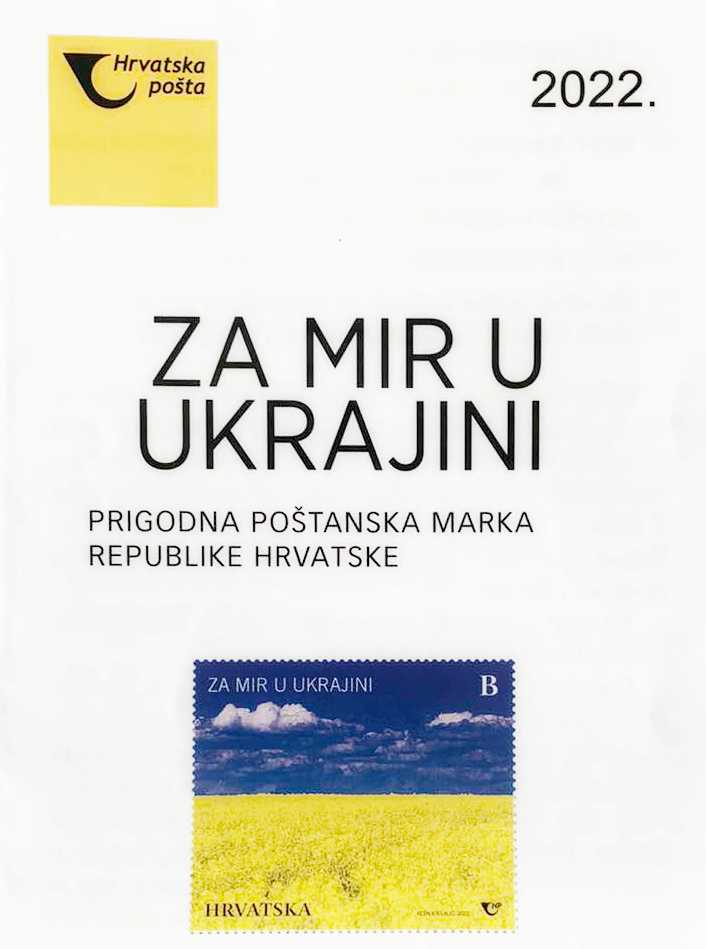